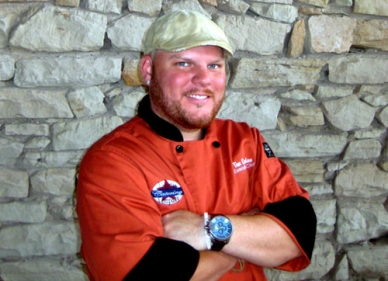 Timothy W. Condon was born and raised in Omaha Nebraska. At age 10 Tim started developing a love for great food in his family’s kitchen. By the time he was 14, Tim started working as a cook in the restaurant industry. Soon he was interning as a chef at some of Omaha’s best restaurants and country clubs.

After graduating high school Tim attended The Institute for the Culinary Arts. While attending culinary school he began hosting cooking shows and classes at Dillard’s and Ser la Table.

By age 18 Tim was working as a Sous Chef at the prestigious Skyline Woods Country Club in the Omaha area. There he developed a signature multicultural style of cooking. He also began to develop a love of great wine.

Tim spent two years on the board of directors for the annual Easter Seals Nebraska Wine Event, one of the largest and most prestigious wine events in the Midwest. He then moved on to Prestige World Class where he became known for his cutting edge monthly wine tastings.

After graduating from culinary school he moved to Hawaii where he dove head first into Hawaiian Cuisine. At age 22 Tim became the Executive Chef at Paradise Cove, a 12 acre oceanfront estate located at the beautiful Ko’Olina Resort on Oahu.